Matthew’s career has spanned more than 40 years, and has included touring all 50 states and traveling to more than 30 countries. As a solo artist, Matthew has released 9 albums, as well as 15 albums as a performing member of the 2nd Chapter of Acts.

Matthew has recorded or performed with more than 50 contemporary Christian artists. As well as singing a duet with pop-diva Donna Summer and background vocals on other songs including the No. 1 hit She Works Hard For the Money.

Matthew grew up as one of nine children in North Dakota. His father, Walter, was an itinerant farmer and his mother, Elizabeth, a school teacher. Growing up, music was an important part of their lives. Matthew made a song out of everything that happened. Those closest to him could see that music was going to be powerful in his life.

In 1968, after struggling with her health for more than a decade, Elizabeth died of a brain tumor. Two years after Elizabeth’s death, Matthew’s father, Walter, also died of leukemia. He left 12-year-old Matthew, and his 14-year-old sister, Nelly, as orphans. Matthew and Nelly moved to Los Angeles to live with their older sister Annie and her husband, Buck.

The trauma of losing both parents and becoming part of a different family situation took its toll on them. In the midst of the new relationships the love of the Lord became more and more real, eventually bringing them into their own commitment to Jesus.

At the age of 13, Matthew and his two sisters formed 2nd Chapter of Acts out of their therapeutic nightly sing-a-longs, and Buck’s contact with born-again Eve of Destruction singer, Barry McGuire, catapulted the group into stardom on the Christian circuit.

When Matthew was 18 he recorded his first solo album, Toward Eternity. Several songs on the album were written especially for Matthew by renowned songwriters such as Michael Omartian and Keith Green. Beyond that, the album was the first project on which Matthew enjoyed freedom to experiment with his wide-ranging vocal styles.

Then, in 1988, after 16 years of touring and over 1000 concerts, 2nd Chapter of Acts prayerfully retired as a group. Matthew was then able to launch his solo career in earnest. He recognized the need to express himself musically outside of the framework of the group. He re-released the LP Toward Eternity the following year. Follow-ups included Armed and Dangerous, Fade to White, and 1992’s Point of View.

In January of 1994, Matthew Ward was diagnosed with three types of cancer. For two years Matthew battled the disease. Out of this ordeal came My Redeemer, an album of songs about his fight with cancer and the comfort of faith; it became the most widely acclaimed work of his solo career. 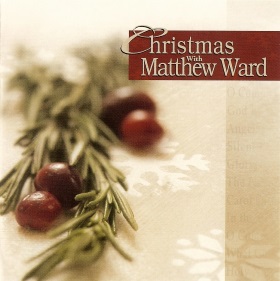 Throughout his career, Matthew has received a number of honors. He has been inducted into the Gospel Music Hall of Fame of the Gospel Music Association. He was honored with a Dove Award. Matthew has also had the privilege of helping lead 500,000 men in worship, as part of the 1996 Promise Keepers praise team. He also sung the title song for the 1996 Billy Graham Christmas TV special, Season for Peace. Matthew’s songs, To the King and I Will Worship You held the No. 1 position on the Christian music charts.

These days, Matthew continues to share in music both nationally and internationally. He resides in Colorado with his wife Deanne. His 3 daughters also live close by allowing lots of time with his 5 grandsons.

And be the first to know about shows and events!